Today, the internet has provided people an alternative to the traditional way of life. People can now employ themselves and others by setting up businesses online. Smartphones, tablets, and computers are in every corner of the world. Almost everyone today has a Facebook account and watches videos on Youtube. There are dozens of social platforms and in each one of them, someone is making money. College certificates and nine to five jobs are not for everyone. Anyone can find their way to financial freedom online, it all depends on how you do it.

Kale Anders, CEO of AKOB and founder of RAIO, a pioneer in English learning is one of the individuals making it big through social media. He created his English learning online academy and went on to grow his youtube channel from zero to over 750,000 engaged subscribers in less than six months. Normally, you attract an audience by posting videos and using the content to get new viewers or subscribers, but in this case, Anders had over 2500 subscribers already before even posting a single video. These statistics set Anders apart from the normal. It only brings up the question, how did he do it? In an interview, he shared with us his journey and it is nothing short of incredible. Here’s how he did it.

One of the factors that saw that many people yearn for his content was the value he provides. People want content that is providing value to their lives, in this case, English lessons. He provides unique, original, and exclusive content. His Spanish speaking audience was already motivated by the fact that they are interested in learning English. Something that they could not get anywhere else. Content with actual value performs better and is more popular to any audience.

Anders’ scientific method of teaching language also gained popularity mostly due to its unorthodox nature. During his time studying in Mexico, Anders realized that a lot of Spanish speakers wish to learn the language for different reasons. He took up Spanish in three months and proved that Latin Americans can learn English in the same period of time too. Giving them English lessons they could not get from any other place made him a celebrity. Even so, just having valuable content will not get you the following and subscribers you need. It takes way more than that.

Ads are a huge part of online marketing. Every social media platform provides an advertisement service. It is a perfect way to ensure that your content reaches more people than you can yourself. In addition, there are countless sites and people offering promotional services. Anders has taken full advantage of adverts and it has played a crucial role in spreading his message. Marketers today understand that they need to go wherever the clients are, and the clients are hanging out in the online social communities.

Anders emphasizes the importance of using ads to gain an audience. The serial entrepreneur says his program spends about $16000 a day in ads. Shockingly, up until this day, he has never used any form of influencer marketing.

As mentioned earlier, Anders had subscribers even before posting his first video. One might ask themselves how they knew about his channel before he got content on it. Well, the good thing about social media is that you can sell a product or service in one platform and market it in another. What that means is that you can advertise your Youtube content on Facebook or Instagram. Before starting his work on Youtube, Anders built an audience on Facebook by sharing short videos and informed his followers that he was going to start a YouTube channel.

As of today, Kale has accumulated over 750,000 subscribers and millions of views to his Youtube channel. He has over a million followers on his socials, and the number keeps growing exponentially. Well, while anyone can get there, not everyone does. Knowing what to do is key. Giving people quality content will get them clicking on your site.

In conclusion, every business owner has an obligation to their businesses to be a part of the social media revolution. If not, you and your business will not survive in today’s world. 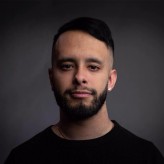 Why Lenney Leong Dove Into the Food Industry