Patrizio Pigliapoco, more commonly known as Teezio is a 3-time Grammy nominated engineer based out of Los Angeles. Teezio has spent over a decade as a producer and engineer primarily working with Chris Brown and others like Young Thug, Justin Bieber, Gunna, Nicki Minaj, and Busta Rhymes.

Teezio has always been at the forefront of hip-hop in a major fashion since the late 2000s. As the founder of Leave Normal Behind, I am always speaking with individuals who are becoming the best version of themselves, creating things that matter, and encouraging others to do the same.

At an early age Teezio played the bass and showed his talent for music, which was molded and refined while attending the Los Angeles Recording School, whose alumnus have worked with major music artists like Beyonce, Whitney Houston, and Bruno Mars.

While going to the LA Recording School, Teezio worked with Juicy J as his recording engineer and this experience gained him placements on other artists’ songs. At just 18 years old, Teezio had his start with the historic Three 6 Mafia. Teezio was a driving force behind legendary hits on early Juicy J mixtapes like Blue Dream & Lean 2.

Since then Patrizio has been producing hit-after-hit with Hip-Hop & R&B heavyweights.

Now at 30 years old, it is clear that Teezio shows no signs of stopping.

Teezio’s partnership with Chris Brown has flourished due to his ability to bring the most out of Chris Brown’s unique skill set while incorporating a growing palette for sounds and rhythms. It’s no doubt Teezio has the secret sauce: one of his latest successes Go Crazy featuring Chris Brown and Young Thug is now a RIAA certified platinum record and true viral sensation popularized by its dance challenge featuring notable takes from Fox Meteorologist Nick Kosir and actor Mufasa – @CousinSkeether on Instagram. The song, co-mixed with Bainz, is the epitome of the craftsmanship that it takes to produce a world-class song in today’s age. Teezio’s ability to masterfully collaborate with fellow engineers only adds to the opportunities he receives and his long-lasting impact on pop culture. Relationships make all the difference, and being respected by his fellow musicians always means the most because receiving co-signs does not come easy. Teezio’s technical skills are insanely useful when it comes to arranging and editing beats on the fly. Being able to sonically fit with Brown’s melodic R&B style and others is a major reason why Teezio remains as one of the premier audio engineers in the game who is regularly request by some of the world’s top artists.

Being able to identify these areas for adjustment on the fly is what allows Teezio to remain an exclusive recording engineer for one of the world’s top artists. Patrizio Pigliapoco is living-proof that dropping a platinum record does not happen by accident. Follow Teezio on Instagram to see all his latest work and stay up-to-date with upcoming projects. 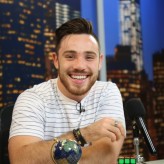