How did fashion superstar Dennis Kenney manage to captivate the industry? Let’s follow the steps that led him into the adoring hearts and minds of millions of people around the world.

Where it All Started

Kenney’s journey to greatness started in his hometown of Boston.  Kenney’s love for all things creative started from he was young but really got unearthed through tragedy and gradually blossomed into something beautiful that he just knew he had to share with the world. Kenney found himself leaning towards his creative side after an injury halted his sports career. Without a doubt, Kenney was trained to be the Best. This international fashion sensation has a talent that is backed by a sound education in creative arts.

He completed a Bachelor of Fine Arts Degree at Carnegie Mellon University in Pittsburgh, specializing in drama and musical theater. Considering the institution’s push for students to embrace and explore their passions and impact the world, it is no wonder that Kenney grew into the international sensation that he is today.

Designing for the Greats

Kenney’s foray into the world of entertainment was through acting as he took on several roles in on and off screen productions. During this time though, he fell deeper in love with the fashion that accompanies drama and theater. He shrewdly took advantage of social media, by posting images of the stunning fashion looks he’d created and this got him recognized.

Kenney soon began designing for A-listers in the entertainment industry.  His work was on display adorning the bodies of nominees at high profile events such as the Grammys, the Met Gala, the Tonys, and the Academy Awards. Many celebrities rely on his unique and powerful sense of style to get them the look they need for their movie premiers and other events. His fashion genius is behind the styles depicted on shows such as   TLC and HGTV’s season 10 of Trading Spaces, where he functioned as a head wardrobe stylist.

Kenney’s influence is far-reaching. Between his high profile projects in the fashion world and his wildly successful independent projects, he has reached millions of people around the world. And his influence is spreading like wildfire as loyal followers inspired by his remarkable fashion genius share what they’ve discovered within their own circles. It’s a ripple effect that is being felt internationally.

Kenney won the hearts of millions of viewers when he appeared on shows such as and regular fashion segments live from Rockefeller Center for NBC New York and ABC’s World News Now, doling out priceless fashion advice and tips. This later evolved into lifestyle coaching, which of course he excelled at as well.  This is why millions of people around the world not only flock to his online platforms but also gush about the way he has inspired and influenced them.

His passion and drive for entrepreneurial spirit is an inspiration to people who have watched him as he made waves on the fashion scene.  This entrepreneurial spirit was first evident through the clothing line he developed, NONDK. His clothing line NONDK is carried by online stores and forms part of the catalogs at Bed Bath and Beyond. Soon after, he launched his fashion company Styles by Den which has been thriving since.

Today Kenney is a life-saving voice dispensing invaluable fashion advice to millions of people around the world. His social media platforms are swarmed by loyal followers who rely on the fashion gems he shares. One platform alone has earned over 69,000 dedicated followers, a number that is growing rapidly daily. 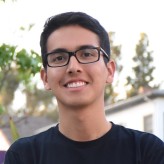 I'm the founder of Authority Daily. If you want to get featured and grow your press, hit me up!